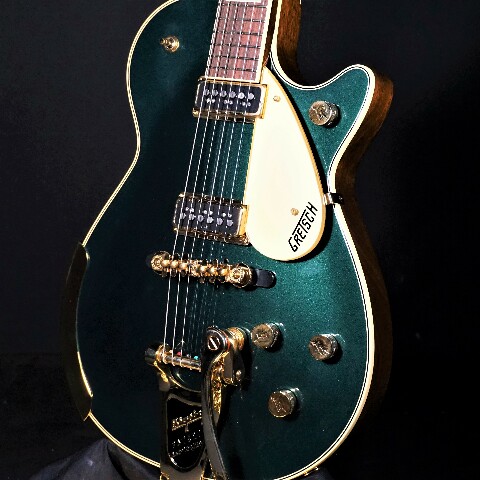 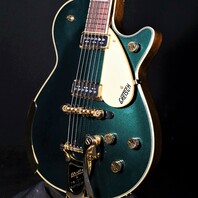 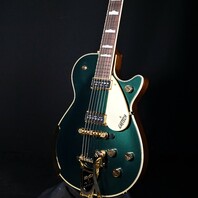 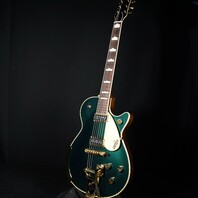 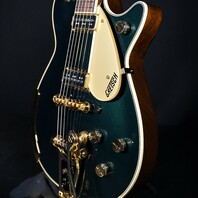 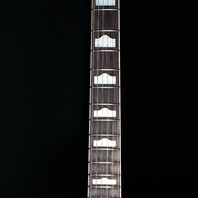 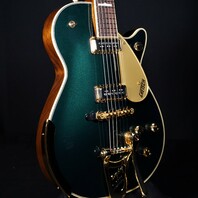 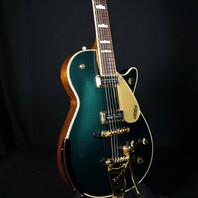 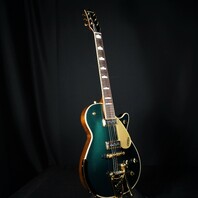 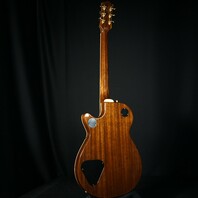 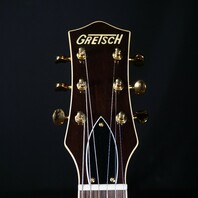 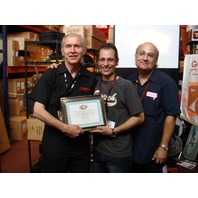 The Gretsch G6128T-57 Vintage Select Edition '57 Duo Jet isn't just a dead-accurate re-creation of a 1957 Duo Jet solidbody electric guitar, it's a recreation of a very rare limited-run Duo Jet that was coveted by collectors even in its day. Specifically, Gretsch only produced a small number of these flagship guitars in their eye-catching Cadillac Green finish, which they further upgraded with gold hardware, including a period accurate Synchro-Sonic bridge to go with the Bigsby B3CBDE vibrato tailpiece. Another historically correct pairing is the Vintage Select Edition '57 Duo Jet's T-Armond single-coil pickups (a special TV Jones reproduction of the original DynaSonic pickup) and a Treble Bleed circuit outfitted with Squeezebox PIO capacitors.

The original 1940s Gretsch-DeArmond Fidelatone single-coil pickups set the gold standard of their era. Eventually rebranded with the "DynaSonic" name, these were the first pickups with individually adjustable pole pieces, which makes it possible to fine tune each pickup's string-to-string balance. It wasn't long before pickup makers around the world adopted this design.

Sonically, DynaSonics have a lot in common with the P-90. As of 1957, DynaSonics were almost entirely replaced by Gretsch's new Filter'Tron dual-coil pickups. Nonetheless, many guitarists continued to prefer the distinct high-end gloss and controlled bass response of the DynaSonic. Many modern rockabilly players accept no substitutes for authentic DynaSonic sound, which is what makes the TV Jones T-Armond model so special.

The T-Armond pickup featured on this G6128T-57 Vintage Select Edition '57 Duo Jet was the result of TV Jones's attempt to capture the sound of Brian Setzer's classic Silver Jet. It turned out to be a perfect representation of the DynaSonic in its prime. You couldn't ask for a more authentic Gretsch single coil sound!

INSURANCE IS INCLUDED ON ALL SHIPMENTS