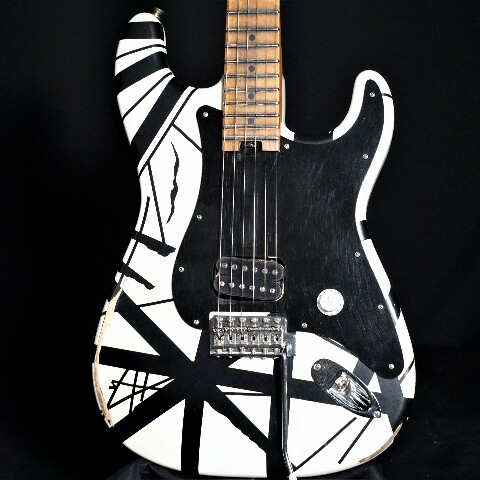 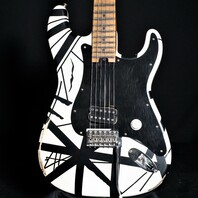 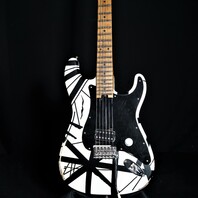 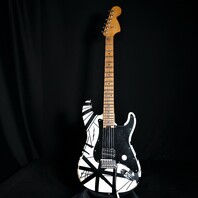 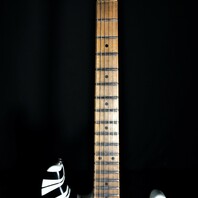 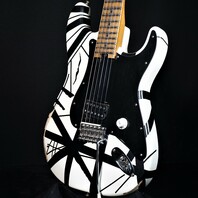 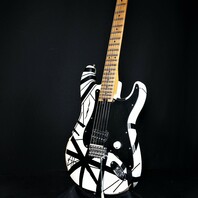 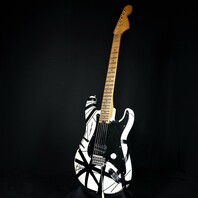 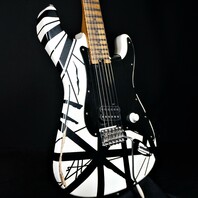 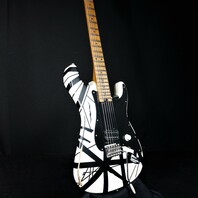 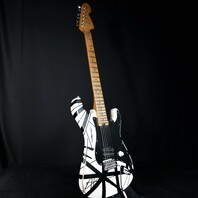 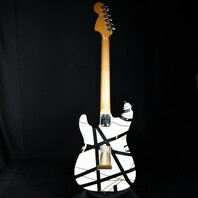 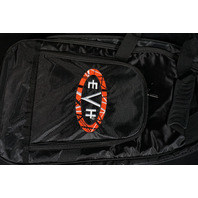 STREET SOUNDS EST. 1988 AN AUTHORIZED EVH DEALER IS PROUD TO OFFER THIS:

IN STOCK READY TO SHIP
PHOTOS OF ACTUAL GUITAR

On the cover of EVH’s 1978 eponymous debut album, EVH thrusts his black-and-white striped Strat®-style guitar towards the camera as if he’s showing you the future. He played this guitar on his unprecedented and mind-blowing “Eruption” guitar solo, thus its nickname, and almost immediately, this monumental instrument became a timeless icon, symbolic of a paradigm shift in guitar-driven rock and roll.

Back when this trailblazing album first appeared, nobody had ever seen or heard a guitar like that because no such guitar ever existed. What was this? You couldn’t buy one.

That’s because he made it himself. The 22-year-old EVH had the mind of not only a great musician, but also of an innovative inventor—a constant tinkerer who was always messing with his gear. Eddie would say it was out of necessity as no off-the-shelf guitar had the features he needed to really do his job and realize his full potential. So, he took matters into his own capable hands — refretting the neck, installing a humbucking pickup which he potted in paraffin wax, as well a single master volume knob (famously labeled as “Tone”), brass nut and tailpiece from a ’58 Strat, cutting out and mounting his own homemade black and of course, coming up with iconic striped motif.

The all-new EVH® Striped Series ’78 Eruption guitar combines many of those famed mods along with modernized features and a relic treatment.

The Stratocaster®-style body sports Eddie’s famed white-and-black-striped paint job and has been paired to a quartersawn maple neck with a hand-rubbed satin urethane back finish. The 12”-16” compound radius maple fingerboard with 22 jumbo frets was designed for fast and furious playing styles with maximum comfort, while a heel-mount truss rod wheel makes for time-saving neck adjustments.


STREET SOUNDS EST. 1988 IS PROUD TO BE AN AUTHORIZED EVH DEALER